Kristian Marius Andersen was hired as assistant organist at Herning Church in 2005 and came under the church's cantor Mads Bille wings.

Kristian has difficulty getting his personal life to work and is injuried after being bullied in his childhood, but he is a unique and deeply inspiring musician to work with, says Mads Bille. We have appeared in Notre Dame, in the Berliner Dom, Danmarks Radio (TV) and recorded several CDs together and in general appeared in many ambitious and stressful contexts with the boychoir of Herning Church. Here he checked and full of excess, and can grasp very complex musical contexts.

Alongside his diligent musician at Herning Church, Kristian plays in all sorts of jazz-related contexts, partly as a pianist for Midwest Girls' Choir.

Through his music, Kristian has a circle of friends and fans, where he is well-liked for his friendly personality and deeply respected for its outstanding musicianship. 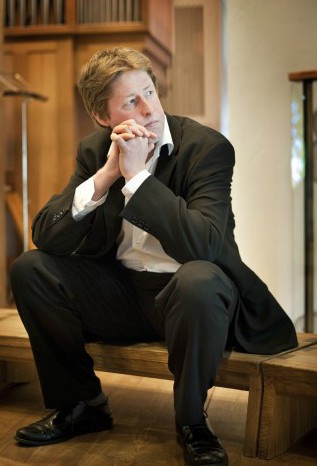